What Is More Interesting: Physics or Chemistry? 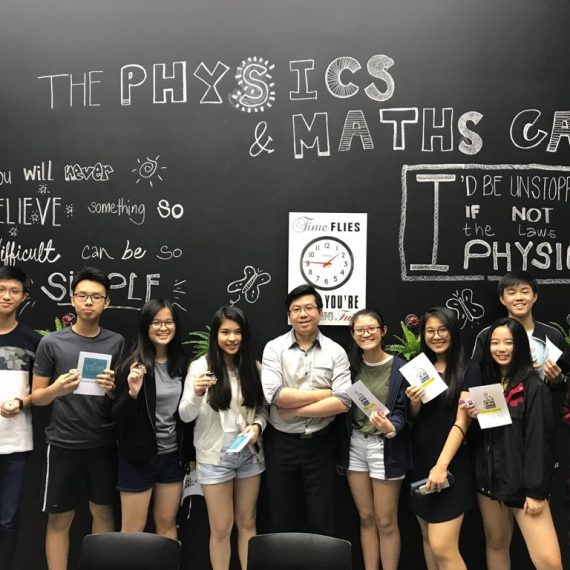 22 Jul What Is More Interesting: Physics or Chemistry?

Posted at 15:12h in Uncategorized by admin 0 Comments
0 Likes

“Of the more highly educated sections of the community, the happiest in the present day are the men of science.” Bertrand Russell.  The Conquest of Happiness (1930).

You may contradict him by arguing that what he said was based on a social structure that is way more different than any present one. You might be right. But it actually doesn’t matter whether it’s true or holds no bearing on the present-day world. The idea that science can make highly decorative men and women happy is something of a gem thought out by the British Polymath. It’s of little significance whether you are an undergraduate studying Physics or a graduating Chemistry student, in both the cases you are after the questions other disciplines might not always ask.

But which one of them is more appealing? Can we decide that objectively? Or should it even be prudent to draw a comparison between Physics and Chemistry? Have you started considering me a mental deficit after reading the questions?

You may, but please don’t wave me off just yet. Rather keep reading the discussion elaborating the intriguing title, which has originally prompted you to start reading this piece.

A somewhat old definition of Physics was provided by the National Academy of Science in 1972, and the academy defined Physics as the knowledge of inanimate nature. For instance, a few facets of mother-nature like the geographic shape of Singapore or the spiral arm of the Milky Way aren’t universal, or they are perpetual in the grand scheme of things. The irony here is the power that is indebted for their existence in the first place, abides by universal laws. Physics taught us to ask questions about that much power. Asking questions about those phenomena leads us to understand more about our mother-nature. And as with subsequent advancement of time and civilization, the apparent complicacy has been revealing itself to us in more meaningful, profound, easy, and simple ways.

The once impossible answers were found by the eternal quest and persistent testing of new thoughts through experimentations. The solutions, as we keep seeing them, are permanent in nature and universally quantifiable. But all the evidence we keep collecting suggests that Physics never changes its identity throughout the observable universe.

Well, what do you think about the above characterization of Physics? Did it sound interesting?

What springs up to your mind when I say ‘studying Physics’? Let me utter a few of the words most people would conjure up – math tuition, numbers, calculations, equations – some also might confuse Physics with astronomy or astrology. Physics doesn’t have to be a stereotypical hard nut to crack. It can be intimidating, but most people would find it interesting, given that they follow through. Unfortunately, most wouldn’t follow their instinct and would miss out.

For students who choose Physics are required to perform very little memorization. So, if finding out cramming is not your forte, you will find Physics immensely entertaining – pick up the laws and employ them – you are practically done. You also need to have possessed a little bit of smart thinking and adept at manipulating algebra.

If you perceive the world around us as exciting and feel curious about knowing a thing or two about it, Physics is the go-to subject for you. Without Physics, there would be no light bulbs, scanners used in supermarket tills, our fancy mobile devices, supercomputers – the list would be an endless one – from the mundane to the far-reaching to the extreme, Physics is everywhere. People from other disciplines might have difficulties in playing second fiddle, but the harsh truth is Physics organizes the universe. And every now and then, it entrusts us by relinquishing new tools to demonstrate our creativity.

The intrinsically interesting aspect of Physics is that it assumes an interest in the fundamentals. Your curiosity to get to the bottom of the universe, which many of us wonder about from time to time, can only be fulfilled by Physics.

Many ‘average Joe’ physicists would affirm that Physics has profoundly enriched their mental vocabulary of analogies which they regularly use to draw conclusions upon facing everyday challenges. Talking about complicated issues eating away our social or worldly affairs wouldn’t seem to be any hardship to most physicists. Another aspect of Physics is that it is such an incredibly fierce and consuming degree that obtaining it is like going through a mental boot camp for four consecutive years. And so it transpires that if you are a physicist, you would be served a whole lot more than many by your natural instincts.

One of my favorite physicists Feynman once said,

“I learned very early the difference between knowing the name of something and knowing something.”

In so many cases, it can be said that choosing Physics isn’t much about being ‘brainy’ or genius; instead, it’s the attitude of a particular student that drives him towards the field of study. For most of the subjects, knowing the names of things occupies a very significant part. And the names they memorize or learn or cram – whichever way you prefer to deal with them – remain constant. It is never the same for Physics. ‘V’ can stand for voltage, velocity, or mass, and it doesn’t matter. For the Physics students, what matters most is that they are learning things about something.

Let’s ponder about a few silly questions – how fast would you fall if you jump out of your studio apartment from the 3rd floor? How far would you be yanked out if you stick your door key to one of the sockets that hold your mobile charger? – interesting, right? Any other discipline won’t tell you that. In other words, Physics lets you understand the world. And this intricate understanding lets the physicians contribute to humanity vastly. It is perceived by a society that the optimizations of outcomes to solve problems are usually laid by the applied physicists or engineers.

But in reality, physicists put the framework by analytical expressions from explaining the theories first. The knowledge regarding basics about fundamental laws is the power that enables the physicists to practice control over the thinking of making new materials, devices, systems, etc. available for beneficial effects for humans.

So, what do you think? Does Physics sound interesting now? I sure hope so. But let’s talk about Chemistry now and see what it has to show for it’s exciting or not?

If you do think that Physics is for you, please note that in Singapore, you can avail competent Physics Tuition anytime you want. You don’t have to worry about their efficiency in receiving customized professional services.

Chemistry is another fabulously irresistible field of study. To fulfill fundamental human needs like food, clothing, shelter, health, etc., we have to depend on chemistry in a myriad of ways. You probably are having difficulties in believing. Let me help you clear your doubts by clarifying it from the best chemistry tuition in Singapore

Chemistry provides a foundation for understanding both basic and applied scientific disciplines at a fundamental level. The solid foundation in chemistry is needed virtually in every other branch of experimental approaches – the features of plant chemistry (botany), the formation of igneous rocks (geology), the structure of atmospheric ozone and degradation of environmental pollutants (ecology), finding out characteristics of soil found on the moon (astrophysics), the chemical composition of medications (pharmacology), etc. all are dependent in one way or another on basic chemistry.

As I have mentioned earlier, it is indeed needed to meet our demands of fundamental necessities. So, it can be said that we need to study Chemistry to prepare ourselves to face the challenges of the real world.

But can it also be interesting?

Physics supposedly claimed the 20th century while Biology has taken over the 21st. Well, where was Chemistry then? How did it fit in?

Your guess is absolutely spot on. Chemistry had been in both – in the centuries and the subjects. In fact, Chemistry was inherent in both the issues – it transpires that it was also one of the major driving forces towards a scientific revolution in both centuries. And it keeps continuing to be the central part of a substantial number of scientific developments.

One of the reasons for the chemists being ’emotional’ for Chemistry is it plays an exceedingly diverse role in the enterprise of science in its entirety. You can be a chemist, and at the same time, it’s also possible for you to be a doctor formulating life-saving drugs. Or you simply can be an astronomer and just keep studying stuff about stars. As a chemist, you can become a scientist for the world’s climate and profess how carbon cycles can influence the changes in the environment. Have a fascination with plants?

Be a chemist and seek the fundamental base of lives in nature and their origins as well. You seem to love foods, be a super chef, and let the world know the approximation of fragrance and flavors to serve haute cuisine. In short, if you are a Chemist, you are many more than that. Chemistry will never let you be bored.

At the core of its existence, Chemistry is at the synthesis of art and science. It’s the synthesizing effect that detects novel molecules that we have never known existed before. It’s impossible to measure the aftermath of this process on our civilization. Almost every single material entity that we see around is either synthetic or has possibly sustained some degree of artificial modification. We don’t give a second thought about or, more importantly, the things that we can’t live without like aspirin or the silly PVC pipes – owe they are coming into being to Chemistry.

It won’t be too far-fetched if I claim that Chemistry and the development of calculus should award equal footing for their overwhelming influence on modern civilization. And it wouldn’t also be an exaggeration if I say, for many if not for most of the nations, Chemistry has played a profoundly substantial role for their rise or fall. A detailed discussion about that would divert us from the central essence of this topic. Just let me remind you this – the role of iron, bronze, or aluminum played in sculpting ancient or modern civilizations alike are well-documented. So, just think to bear all that in mind – will the studying of something that decides the rise and fall of the nations be boring?

Chemistry is more of a ‘human science’ for its complicated relationship with humans. We all know about aphorism – the dose makes the poison – the universal principle that applies from lemonades to cyanides. Penicillin can bring you back from the brink of death, and that same chemical compound killed thousands during World War 1. So you see, Chemistry lets us fall in the grasp of the struggle between scientific progression and constant moral dilemma. When you deal with this kind of complicacy that urges the rise of the excellent knighthood in you, be sure that Chemistry can never be bland.

And The Winner Is:

For me, there isn’t a ‘winner’ in the pursuit of determining the more interesting one – instead, we should embrace both of their influence in shaping our civilization. And in almost all the instances, taking one over the other as more interesting will come down to personal preference depending on one’s intricate details of personality traits.