How To Study Physics Smart ? 10 Mar How To Study Physics Smart ?

Posted at 11:55h in Academic Matters by admin 0 Comments
0 Likes

Being a student in a competitive environment such as Singapore’s is no easy feat. We have 168 hours a week. While it might seem like a substantial figure at face value, I’m sure we can all agree that it just isn’t enough. If you’re a student in Singapore, you’d most definitely agree with me. There’s assignments that need completing, examinations that need studying, extra activities that need time, and of course, there’s you that needs a break.

But wait. Perhaps there is. We’ve devised this in-depth guide that will show you the ropes of studying smart in Singapore, with techniques that have been backed by science and tested by researchers. Well then, shall we?

Read the same stuff, but from different sources

Research shows (Willis, J. 2008) that utilising different forms of media will allow students to engage different portions of their brains. Why does this matter? Engaging different parts of your brain allows you to retain and process information more effectively. This means you can commit certain things to memory for a longer period of time, and perhaps understand difficult topics a lot quicker.

You’re much better off relying on the Internet and performing some Google searches. There’s plenty of information available on the web on practically any subject and topic thinkable.

Learning is a marathon, not a race

Your examination preparation needs to begin as early as possible. The more time you have at your disposal, the more prepared you’re going to be. But that’s stating the obvious. To be a little bit more specific, what we’re talking about here is constant and consistent revision. There are certain students who are under the impression that they perform better studying last minute, but that’s merely a product of the placebo effect. In reality, students will be much more effective revising daily. Even spending a little as half an hour to an hour on daily revisions will increase information retention drastically.

Here’s how it goes down. Revise the first topic on one day, and then recall it the next day. Simultaneously, you should be revising the second topic. On the third day, you’ll recall the first and second topic, while revising the third topic. This will carry on until the last topic. It might seem like a daunting task at first glance, but don’t let that deter you. As time progresses, you’ll find that it gets easier by the day and soon enough, you’ll have no problem recalling all of the information that you’ve revised.

There is no such thing as multitasking

Let’s get this straight – multitasking is a myth. There’s literally no possible way that human beings are able to multitask. At the very least, they’re simply hopping between tasks at an accelerated rate. That’s not multitasking, that’s being easily distracted. But how does this apply to students?

In the age technology and connectivity, students tend to have the habit of texting their friends, scrolling through Facebook while studying, or watching Netflix. Once again, you’re not multitasking. It’s important to give your work your complete and undivided attention. This means putting your phone far away, face down, and turned off. Studying in front of the computer is a big no. If you need to use the Internet to do some Google searches, write down all of your questions in a list and then do your searches after you’re done. This prevents the temptation of getting distracted, while saving you time from hopping between tasks. 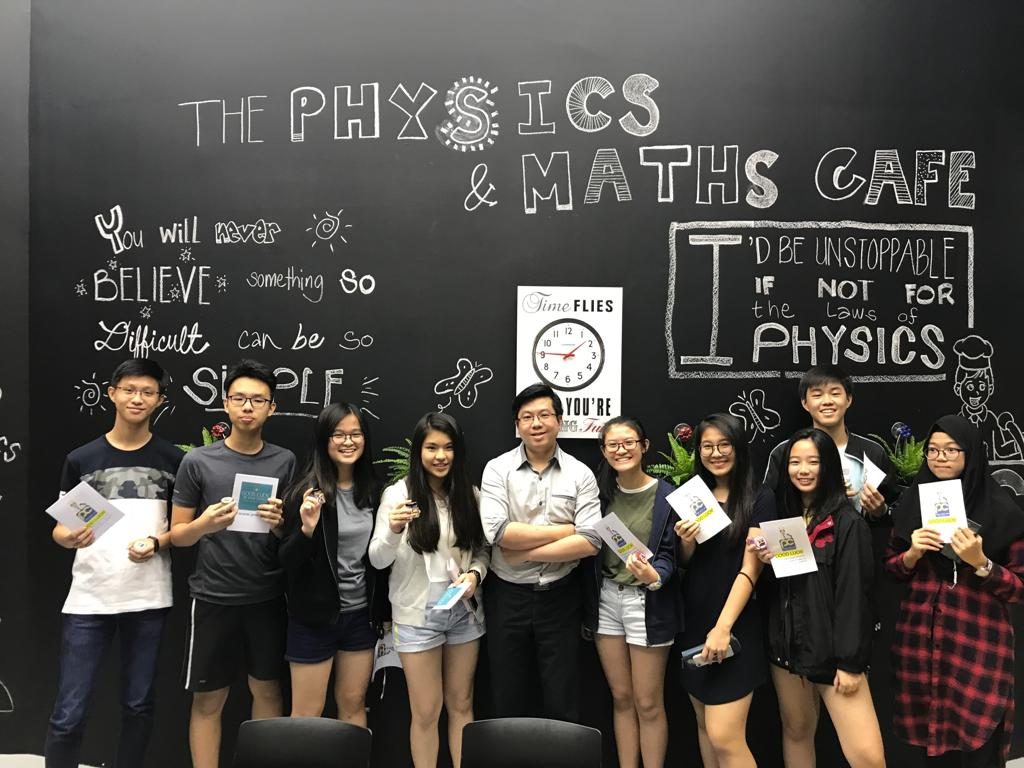 Use acronyms and other learning techniques whenever applicable

Acronyms allow you to simplify information. If you’re not sure of an acronym, here’s a brief example. If you need to memorise the properties of water, here’s how it would look:

Water is a Liquid at standard temperature and pressure

Water is is Tasteless and odorless.

Water can Act as either an acid or a base.

Water is a Universal solvent

The phrase “water is…” can be negated, since its a common repetition throughout the 5 properties. Instead, the first alphabets of the keywords (indicated in bold) are used as acronyms. This creates the acronym “LTTAU”. Evidently, it’s much easier to simply remember “LTTAU” and then do some recollecting from there as opposed to memorising each individual sentence.

Associate what you learn with what you know

Learning effectively is all about framing new information differently, preferably in a manner that you’re already familiar with. This means rephrasing complex phrases, sentences, or definitions in a way that makes sense to you, or even relying on metaphors that you’re familiar with.

When you restructure something that you already know, you allow your brain to associate that new piece of information with what you’ve already retained previously. Creating that association will allow you to recall that information more efficiently. This method can be best described with the following example.

Now that you’ve learnt about these studying smart techniques, it’s time for you to put them into practice. Be sure to remember these useful tips and your study sessions from here on out are going to be a breeze. It might be important to study hard and be diligent, but it’s just as important for students to study smart.