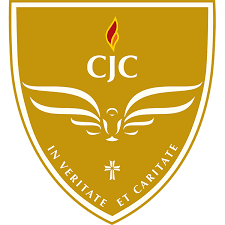 Hello Mr Sim! I just want to thank you for making physics so easy and reviving my love for the subject. When I first entered junior college two years ago I wasn’t sure whether or not to take physics or biology and this was especially frustrating because both were subjects that I loved. I decided to go with physics despite being slightly stronger in the latter because the courses I wanted to take were linked to it. It was a decision I largely regretted in my first year because no matter how hard I tried, I never could do well in the subject. I didn’t understand what went wrong, I listened to lectures, handed in all my tutorials, rushed through assessment books and tys papers(even in the first year) and I was still failing. It just didn’t add up. I managed to stay afloat though, and hence didnt engage the services of Mr Sim until year two where I joined in the June workshop because I was really in an emergency situation. Honestly, I was a little reluctant to go for Mr Sim’s class at first even after a friend told me about all the magic that he managed to perform for physics.I have attended tuition classes in secondary school before and I have had my fair share of bad tutors who never really helped me at all. Most seemed like an extension of school (or sometimes worse) and I didnt believe that the physics cafe was any different. That all changed however when I attended the first lesson of the workshop. Within 15 minutes of the lesson I learnt something new about the first topic which I thought I was a master in. Throughout the workshop my physics standard has certainly improved much and topics which I was weak at suddenly became easy and I found many misconceptions in the topics I thought I was strong in. By the end of it, I felt ready to take on the exams and that was when I decided to attend his normal lessons as well. Mr Sim has an amazing way of linking all the topics together and when the A Levels finally came physics wasnt a bundle of topics it was one big subject that I had finally gained confidence for. I would highly recommend Mr Sim to anyone who is taking physics at the JC level because he is a really good teacher and I’m not the kind to praise others easily so I really mean it.