Education System and Tuition in Singapore 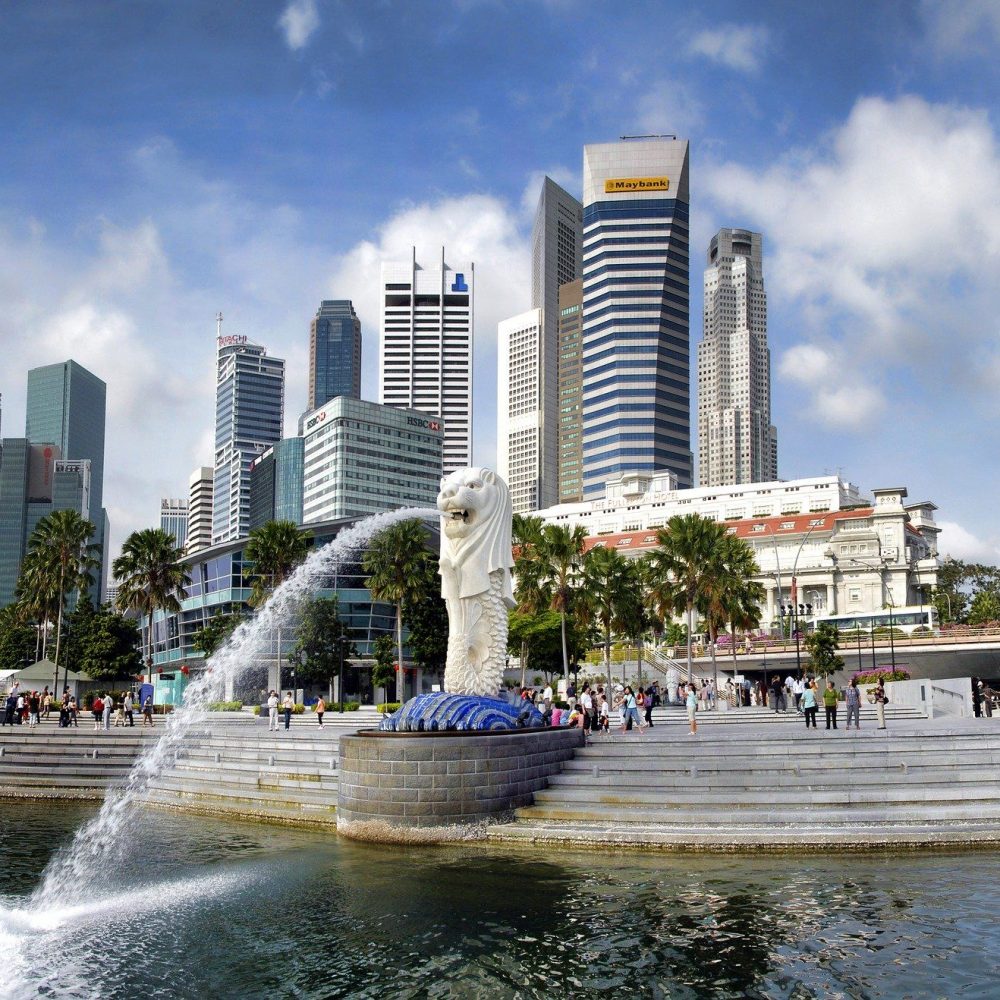 Posted at 20:36h in chemistry tuition by admin 0 Comments
0 Likes

‘An independent Singapore was a political, economic, and geographic absurdity’ – this was the perception Singapore went by. The actual situation was even worse – a backwater underdeveloped tropical island with recurring conflicts among ethnic and religious factions – was anything but promising. So, in 1965 when Singapore became independent from Malaysia, the survival of the resource-scarce island was anyone’s guess.

But Lee Kuan Yew wasn’t among the rest of the world. Singapore flourished under his authoritarian grip, and his economic foresightedness sky-rocketed per capita GDP of Singapore from the US $500 to the US $ 14,500 – an astonishing 2800% jump when factored against the time it took – a little more than 25 years. And in 2014, based on Lee’s economic model, it grew to the US $55,000.

In 1980, the late conservative economist Milton Friedman declared Singapore as the model to follow for overall development. He said,

So, the educational system in Singapore is a highly developed structure. We are well-aware of the fact that true freedom won’t have any bearings unless it brings proper education for the mass. In 2013, our founding father said,

It transpires the Government’s audacity to accomplish greatness in education. In this regard, I also want to mention that the wholehearted backing of the Singaporeans to their Government as well has made Government’s initiatives successful. The Household Expenditure Survey attested Singaporean parents’ affinity for proper education for their children when they found out that Singaporean households spent around S$1.4B in 2017/18 on private tuition.

Education In Singapore – The Backdrop, The Momentum, The Rise:

“The wealth of a nation lies in its people.”

Since its inception, Singapore has been following the above mantra to its full effect. Let’s take a look at different stages of Singaporean evolution in educational sector:

As the name suggests, the primary goal at that phase was to give the sector the momentum it needed. After the decolonization, the country was building primary and secondary schools to give exposure to education for the mass people. This encouraged enrolment as the number almost doubled in the next five years after independence. The Primary School Leaving Examination (PSLE) was started at this phase.

The Government approved the 6-4-2 education system – the students at those levels had to undergo six years of primary education, four years of secondary and two years of pre-university education, respectively. All schools adopted a common curriculum, and students needed to attend three exams to test their learning. The exams were the PSLE, O and A level exams. The high attrition rate, low literacy levels, and ineffective bilingualism were plaguing the education system at that time, and the rate of failure in PSLE and O levels were respectively 41 and 40%.

A major reform took place following the failures in the previous era. The newly reformed system put the students into streams during Primary 4 and again when they reached secondary school. This phase introduced a Special Assistance Plan and the Gifted Education Program. Also, from 1987, schools started treating English as the first language. This phase is mainly responsible for introducing greater autonomy to schools, and the schools were also encouraged to practice flexibility in responding to the various degrees of students’ responses.

According to some sociologists, this is the era that determined the rise to prominence of Singaporean education. Inciting innovation and wide-spread use of information technology was at the center of educational upgrading. The Education Ministry reduced curriculum content by 30%, and training for the teachers was greatly emphasized. During this era, schools were grouped in clusters to introduce the culture of sharing best practices among them. Also, educational institutes encourage creative thinking and lifelong learning throughout. The term, ‘Thinking School-Learning Nation’ actually took off in 1997.

In 2004, the Ministry of Education put a bit ambiguous methodology into practice. It urged the teachers to enhance the quality of teaching. the teachers ask for sincere engagement and preparation for real life for the students, and the teachers changed their approach in making the students better prepared for life than for the examinations. In 2008, Moe combined EM1 and EM2 streams and abolished EM3 for academically weak students were altogether. The Integrated Program and Direct School Admission were other additions in this phase. Polytechnics were given the authority to select students blessed with special talents. Also, specialist schools like Singapore Sports School and The School of Arts started providing teachings.

Every School A Good School: 2010 And Beyond:

In 2012, the philosophy Every School – A Good School was declared by the former Education Minister Heng Swee Kweat. The thinking behind this ideology was to get rid of the branding of different schools. Another thoughtful initiative was to remove the banding of the secondary schools. A major overhaul was put into effect to make PSLE exams more realistic.

Today the rest of the world conceive Singapore’s education system as the best. The country consistently ranks at the top of the OECD’s Program for International Student Assessment (PISA). The assessment, which occurs triennially, tests the problem-solving ability of math, reading, and science of the 15-year-olds from dozens of countries. Singaporean young children are also leaving their marks brilliantly in world-rankings, and the world’s finest universities are braced regularly by Singapore’s brightest graduates.

Many factors are working to make Singapore’s education one of the best around the globe. Revitalizing the school’s curriculum unremittingly and making the teachers up-to-date about the latest findings in teaching methodology regularly are pointed out as key influencers by the education experts for Singapore’s excellence in global rankings.

Singapore’s centralized administration is free from red tape bureaucracy and can place rectifications fairly quickly. As there is persistence in Government, wastage of time, money, resources, etc. are almost non-existent for the reason of policy reversal.

Unlike most developed countries, traditional pedagogy is popular in Singapore, where teachers lead the class. The Singaporean teachers receive 100 hours’ worth of training for becoming abreast of the latest teaching techniques. They receive handsome payments, and the best teachers are awarded placements in the Ministry of Education with substantial bonuses. So, every single student is guaranteed to be taught by the best teachers around because their motherland ensures that.

Singapore never seems to be enjoying its success; rather, it always looks forward to attaining the next best thing. The government regularly introduces new ameliorations to infuse creativity and minimize stress among students. Every proposed reform is scrutinized, and their outcomes are also monitored profoundly before putting them into effect.

The MoE measures the extent of how the new ideas affect the existing structure very carefully, and judge the aftermaths extensively, keeping every variable in practice. Since the Singapore Government has been investing heavily in education research since way before, it can put all the exercises, as mentioned earlier, into action with ease. As a result, appraisals, accountability, and styles of teaching all are aligned in such a way that they can bear the best results for the education system in general.

Another unique aspect of our education system is that the emphasis is always on a narrow but deep curriculum. The system made sure that no student is left behind, and for this, the whole class advances completing the syllabus. Those who struggle have to go through compulsory extra sessions to keep up. That’s why even the so-called ‘less-able’ does comparatively better.

Below is a simple table showing different levels of Singapore’s educational structure:

On the other hand, the number of private coaching institutions grew exponentially. Have a look at the Bar Chart given below:

However, discouraging it might sound; education has become a fierce competition in Singapore education. Parents are setting the kids up for competition with their peers. The students also compete with international students, who consist of about 8% of the total students in Singapore. The school teachers also make the situation worse by exerting pressure on the students for scoring better than the other schools in the exam results.

The Syllabus Is Difficult To Deal With:

In 2016, Singapore was regarded as the best education system in the world. As we all know, to be the best in the business, you need to work way harder than your competitions. So, in actuality, Singapore has become a somewhat ‘pressure cooker’ for the tough school curriculum. So, students need all the help they can get to deal with the syllabus. In this regard, the ABC Tuition Center has become renowned for its pragmatic approach in chemistry teaching. They are one of the best tuition centers that are being operated for quite a several years in Singapore. They provide the best possible assistance in the following levels:

Whether it’s a good thing or bad – every Singaporean is driven by ‘Kiasu’– the fear of losing. And this phenomenon never lets the Singaporeans rest easy. That’s why the students feel suffocated with the pressure the institutional structure applies. And the parents can’t help them with their busy professional lives – they both feel the necessities to ease the burden with outside help. And even if the parents manage to find the time to help their children with school curriculum, the latest findings causing continuous new additions and updated syllabus are impossible to deal with by the parents. So, in most cases, from very early on, the students start receiving tuitions just not to succumb to ‘Kiasu.’

The Amount Spent on Tuitions:

Tuitions cost an average monthly amount of $155-$255 to Singaporean parents. Around 54% of Singaporean parents pay a whopping $500 per child per month. And you shouldn’t be surprised to know the fact that our parents’ average spending on their children’s education is the US $44,221, which is almost double the amount that is spent by the parents from the rest of the world.

The truth of the matter is tuition provides a plethora of benefits to students.  Please see below:

Uninterrupted attention to the student

The pace decided by the student himself

Proper learning of the subject-matter

Customized help in preparation for exams.

Ponder over the following facts before going for tuitions for your child.

Conceptual understanding of the syllabus by your child

Your expectations from your children

Do you have time to help your child?

Is your kid getting ready for college?

Is the child asking for outside help?

Performance in the last few semesters.

Think about the above factors and then decide if your child is actually in need of tuitions.

There you go. Congratulations on finishing this rather long essay. I sincerely hope my honest effort has answered the question, which prompted you to start reading it in the first place.

I am leaving you with my favorite words about our leader Lee Kuan Yew, once said by the late US President Richard Nixon,

“A big man on a small stage who in other times and other places, might have attained the world stature of a Churchill, Disraeli or a Gladstone.”

Education System and Tuition in Singapore